Electric vehicles: a smart choice for the environment

The EEA has recently published a new Transport and Environment Reporting Mechanism (TERM) report. The basic conclusion is that when it comes to climate change and air quality, electric cars are clearly preferable to petrol or diesel cars. Contrary to some public doubts and uncertainties about the environmental benefits of electric cars, the science is increasingly clear. Even with the current electricity mix in Europe, which still includes a lot of electricity from coal, there are clear benefits. These benefits will further increase going forward, as Europe uses more renewable energy in the future.

Electric motors are simply more efficient than combustion engines, so more of the energy put in the battery ends up being used to drive the car. Especially when driving in cities, electric vehicles waste less energy. Also, there are simply no tailpipe emissions of air pollutants such as nitrogen oxides and particles. We still get particles from braking and from tyre wear, but overall there is less than from a petrol or diesel car. Electric vehicles can also bring down noise, especially at lower speeds they are less noisy than conventional cars.

Health-wise, the main benefit is related to air quality. You will still have some air pollution from the electricity that goes into electric cars but this typically comes from power stations which might have better pollution controls than you could implement in a conventional car and are usually located further away from densely populated areas.

Nissan Leaf gets approval for vehicle-to-grid use in German

MEISTER will participate in the CIVITAS Forum 2019 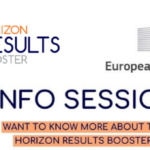 MEISTER shares its experience as beneficiary of Horizon Results Booster

Solutions that Boost Innovation and E-mobility: success story and results from MEISTER in Stockholm